Posted on October 31, 2014 by penina4niceinitiative

“Working on the right thing is probably more important than working hard.”

“One of the challenges in networking is everybody thinks it’s making cold calls to strangers.”

Today’s successful entrepreneur has to be mindful of the shared economy and our increasingly globally connected,  tech-dependent, and tech-driven society. We need to wear many hats and speaks many “alternative languages”; Tech-Speak, Branding-Binary, and Marketese. We are a jack of all trades and both a tourist and ex-pat, simultaneously, in different arenas. It’s something I’ve learned on my own journey, and something I blog about.

It’s something I personally experienced again yesterday when I joined my editor at Maven House Press, Jim Pennypacker, to present and pitch my book, The NICE Reboot, at the NY Business Expo in the Javits Center in Manhattan.

As a New Yorker, I’ve always taken for granted the opportunities I’ve had to meet and mingle with a plethora of people from all walks of life. Manhattan streets are filled with a parade of men and women who would do the United Nations ambassadors proud. We Manhattanites take pride in our ethnic melting pot in real time, and boast about our myriad of eateries featuring all kinds of cuisine. But I’ve noticed that when it comes to professional networking, like many people, we tend to close ranks and create silos. Unproductive silos which cause us to gravitate towards people who are familiar, speak the same language, and often think the same way.

I find this an impediment to both the mindset and attitude of a successful entrepreneur.

• It doesn’t help us get out of our comfort zone and thus our “rut”, which we all have at one time or another

• It doesn’t help us problem-solve effectively

• It doesn’t help us collaborate with others to exploit new opportunities and disrupt markets; the true definition of an entrepreneur

There is an art to networking, which renders you a member of a small microcosm, an ecosystem, like the one many of us aspire to have on LinkedIn. But there’s more to social media than just networking, which is why I’m a big advocate of the live event. Face to Face networking gives us all teachable moments; about ourselves and about others. It allows us to self evaluate our overall performance and have the opportunity to:

• Improve our empathic storytelling skills (Something I wrote of in last week’s post, which you can read here.)

That’s why I was amused, puzzled, perturbed, and even disappointed by some of the non-networking starters and tactics I saw people employ as I worked the room, “had the floor” and people’s ear, and even found myself a captive audience at different intervals.

In my next WordPress post I’ll write about some of these baffling, humorous, and detrimental snafus, and include a list of “Networking No-No’s: What NOT to Do”. 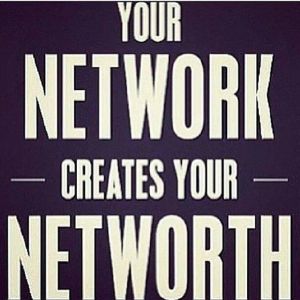 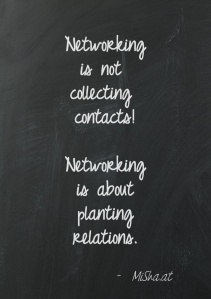 Penina Rybak MA/CCC-SLP, TSHH, CEO of Socially Speaking LLC, is the author of "The NICE Reboot: A Guide to Becoming a Better Female Entrepreneur". She is an Autism specialist and educational technology consultant turned social entrepreneur. She is also a pediatric speech therapist and the creator of the Socially Speaking™ Program & iPad App. Her second book, "Autism Intervention in the iEra" was published in 2015. Since 2010, Penina has been a national/international speaker about social communication development, balancing humanity and technology, and best practices re: mobile and social technology. Connect with her on LinkedIn to learn more. You can also find her on Twitter: @PopGoesPenina, Facebook: Socially Speaking LLC, Google+ at The NICE Initiative for Female Entrepreneurship, and Pinterest and YouTube as well.
View all posts by penina4niceinitiative →
This entry was posted in Entrepreneurial Strategy, Life Lessons, Musings on Humanity, Networking, Social Media & Entrepreneurship. Bookmark the permalink.

1 Response to Lessons in Networking for Today’s Entrepreneur: Part 1